Lakeside, Texas is a quiet town nestled on the shores of Lake Travis, southwest of Austin. It’s a place where people with more money than sense move to play polo, trade trophy spouses, and rule the world. It boasts more golf courses and banks per capita than any other city in the United States; a fact which they’ve plastered in giant letters on the enormous golf ball shaped water tower in the middle of town.

Except for the occasional nasty divorce, nothing bad ever happens in Lakeside. Until the kindergarten teacher is murdered, but the police believe that it was an overdose. The President of the elementary school Parent Teacher Organization (PTO) decides to solve the murder. Not only does she find the killer, she also uncovers the dark side of the little town where nothing bad ever happens.[masterslider alias="ms-ls-8"] 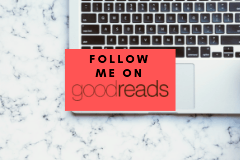